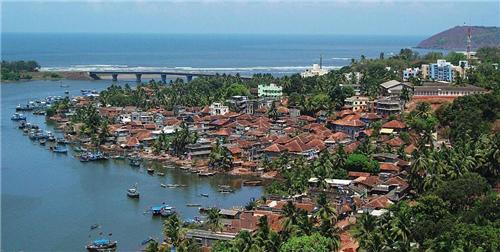 Ratnagiri is located in the southwestern region of Maharashtra on the coast of the Arabian Sea, it is bordered by the Sahyadri hills on the eastern side. The earliest references to this place are found in the ancient epic Mahabharata which states that Pandavas had stayed in close proximity to this place during the thirteenth year of their exile. Veeravrat Ray who was the king of this region at that time became an ally of the Pandavas and fought from their side during the epic war of Kurukshetra.

During the course of its history, Ratnagiri  has been ruled by great dynasties like Mauryas, the Nalas, the Silharas, the Chalukyas, the Kadambas, the Portugese, the Bijapur Sultanate and the Marathas. After being ruled by the Marathas for a considerable period of time, this city came under the control of the Satara Kings in 1731 and was annexed by the British in 1818.

Culture and Economy of Ratnagiri

Ratnagiri is also famous for its delectable food and drinks. The fish curries and Mango pulp prepared from delicious Alphonso mangoes served at popular restaurants of Ratnagiri have earned the profound acclaim of tourists. You can also savor other sumptuous delicacies like cashew curry, Alphonso mangoes, cool kokam juice or Kokam Sarbat, coconut water, Sandan or cake made from jackfruit juice.
This area is known for its fertile alluvial valleys which produce rice, coconuts, cashew nuts, and Alphonso mangoes. The Marine Biological Research Station is credited behind the success of the fishing industry in Ratnagiri.

Comments / Discussion Board - Introduction to Ratnagiri