Fairs and Festivals in Ratnagiri

The real charm of Konkan can be relished by tourists while visiting Ratnagiri nestled in the Sahyadri mountain range and the Arabian Sea shore with dense greenery and coconut groves, waterfalls, innumerable historic sites and tourist hotspots. People of Ratnagiri still cling to the essence of austere living and their cultural assimilation is visible in the manner they celebrate every festival with fanfare and enthusiasm. The locals of Ratnagiri celebrate Narali Pournima or Rakhi Purnima, Hartalika, Ganesh Chaturthi, Rishi Panchami, Shimgotsav or Holi, Rishi Pujan, Palkhi and Gauri Pujan to name a few. They also indulge in traditional folk dances and theatrical skits performance done in order to praise the deities they worship.

The most interesting occasion celebrated by people of Ratnagiri is Narali Pournima; derived from the word Naral or coconut which is tendered to the Sea on a full moon in the month of Shravan. This festival announces the departure of monsoon from Maharashtra and especially fishermen offer coconuts to pacify the sea and also to assure their safety before venturing out on their professional journey. As part of the festivity, locals cook a dish of sweet coconut rice and indulge in dancing and singing for merriment. Coincidentally Shravani Purnima, Rakhi Purnima or Raksha Bandhan falls on the same day as Narali Pournima.

This festival marks the occasion of offering prayers and observe fast by unmarried women in expectation that they will be blessed with a prospective groom. This Maharashtra custom is observed before Ganesh Chaturthi and the evening before the festival is known as Awarna where unmarried women gather in the household for a spread or faraal before continuing with their fast. 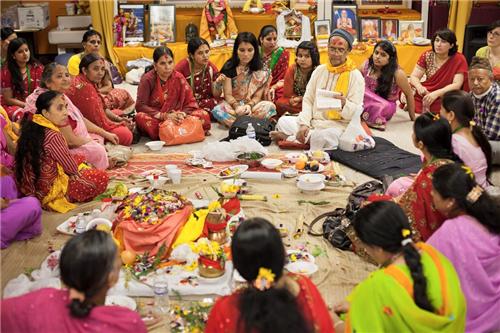 On Chaturdashi, Ganesh festival is celebrated for a span of 1 to 11 days by people of Konkan to worship Lord Ganesha who is ushered into their households with aarti and devotional songs. The family offers sweets, modaks, flowers, kheer and fruits to the deity. On the final day the deity is immersed in the sea and bade farewell by the family members who waits for the next year to welcome the god again.  This festival is integral to all the inhabitants of Ratnagiri in Maharashtra.

Gauri Pujan is also an integral part of the festivities of people of Ratnagiri and Gauri is considered as an embodiment of Goddess Parvati and they are guided into the homes where they are worshipped for a span of three days where prayers are offered along with Naivedya or prasadam and then they are immersed in the river. While coming back after the immersion, people gather stones from the river and place it in the house for ensuring success while harvesting crops or nourishing plants in the house.

This occasion is celebrated on the fifth day post Ganesh Chaturthi, where women observe fast and take a dip in the river or a reservoir; wash their mouth with a medicinal herb called Aghada. Women also set the idol of Saptarshi atop seven betel nuts and offer their prayer to the goddess, eat only fruits and vegetables growing underneath the ground and avoid foods which are prepared from whole grain or wheat.

Holi or Shimgotsav is celebrated in Konkan belt of Ratnagiri with alacrity especially by those engaged in fishing profession and during this festivity gods and goddesses are carried to every household in a palanquin also known as Shigmo festival from the temple. They commemorate the occasion with dancing and singing.

Traditional dance forms or Lok Kala is also part of the festivities in Konkan region of Ratnagiri and Jhakari is one such form performed during Gauri Pujan. Foogdi is yet another dance pereformed during rituals and religious ceremonies and the common forms are Kombada, Rahat, Bus Foogdi, Pakahava, Ghuma and many more. Dashavatar is performed to praise Lord Vishnu and Gavlan is a partial dance and theatrical drama performed to depict life of Lord Krishna who tried to steal milk and butter from house of milk maids. Dramas like Shakti Tura and Naman is also performed by locals of Ratnagiri as part of their Lok Kala.

Comments / Discussion Board - Fairs and Festivals in Ratnagiri